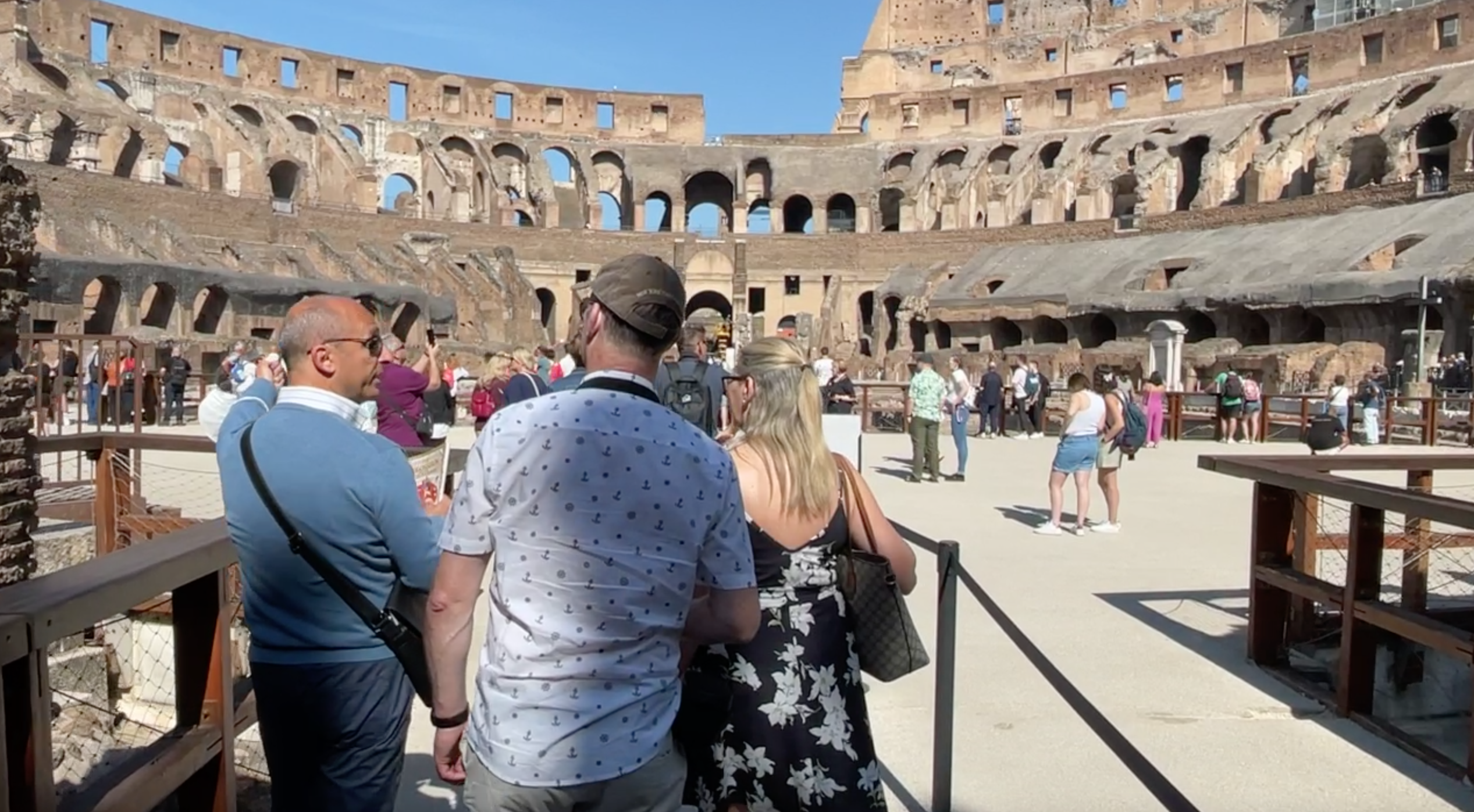 Back to all tours
Ancient Rome, Colosseum, History, Sightseeing, Walking
The Key Facts
Tour Highlights
Tour Fee
Additional Hours
Add Ons
Games and Gladiators: Colosseum Arena & Ancient Rome Small Group Tour
More about this Tour:
Imagine what it was like to be a Roman Gladiator, as you stand on the arena floor where they fought in the battles to entertain the Roman Emperor and the mob!

Entering the Colosseum with VIP entrance via the famed “Gladiator’s Gate”, complete your private guided tour of Ancient Rome with a walk along the Sacred Way to the Roman Forum and enjoy the spectacular views from the Palatine Hill.
Availability: Daily •
Group Size: Up to 13 people •
Duration: Half-Day

Add another Small Group Tour and save up to 10%!

If you like this tour, you may also enjoy our

Click here for more information.
Want more from your tour? Contact us to request your custom tour

Step back into the hustle and bustle of Ancient Rome on this small group tour of the Colosseum, Palatine Hill, and the Roman Forum. Beat the crowds and the heat with skip-the-line entry to some of Rome’s most popular sights.

Start your tour at the Colosseum and fully explore the arena where gladiators and animals fought to the death for the entertainment of bloodthirsty Roman citizens and emperors. Your guide will tell you fascinating stories about these events and debunk some popular myths along the way.

See Palatine Hill, which was home to the wealthiest of Rome’s noble citizens during the time of the Republic, and later, exclusively the emperor. Today, you can still see remains of some of the imperial palace’s former splendor.

Stroll through the Roman Forum, where Romans lived out their daily lives. Here, politics, business, state funerals and military parades all took center stage. See the wall on which famous orators such as Cicero made their speeches. 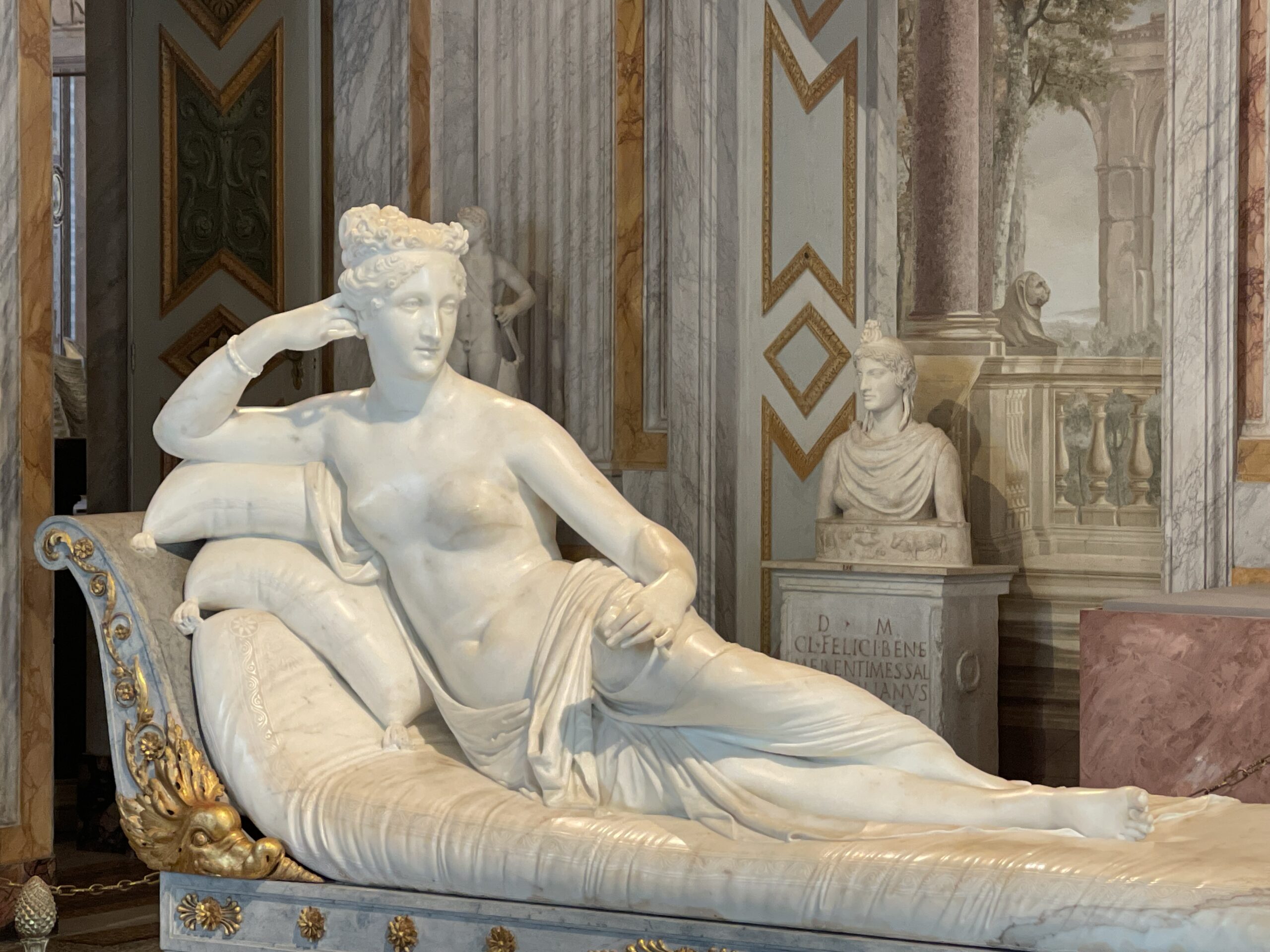 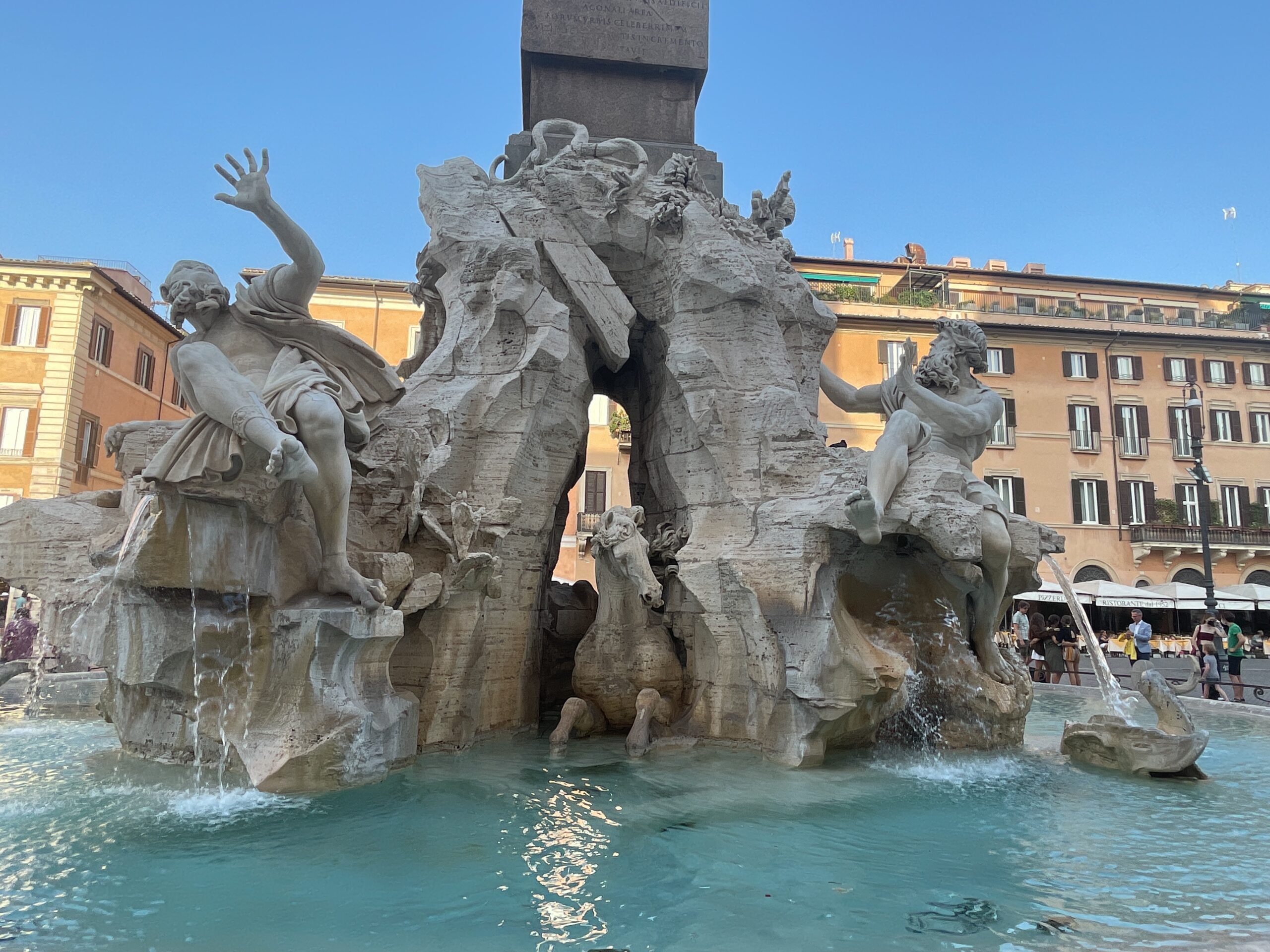 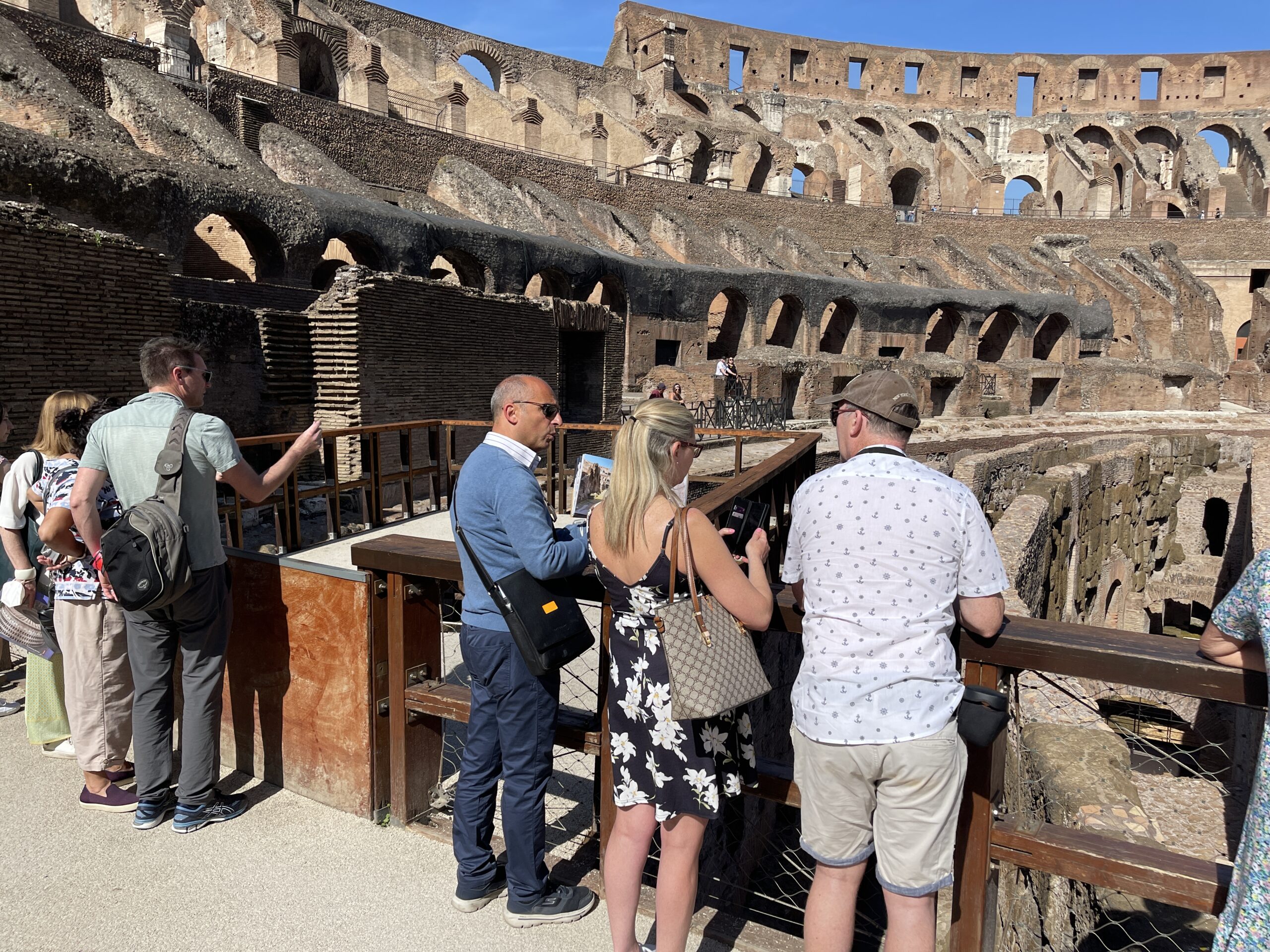 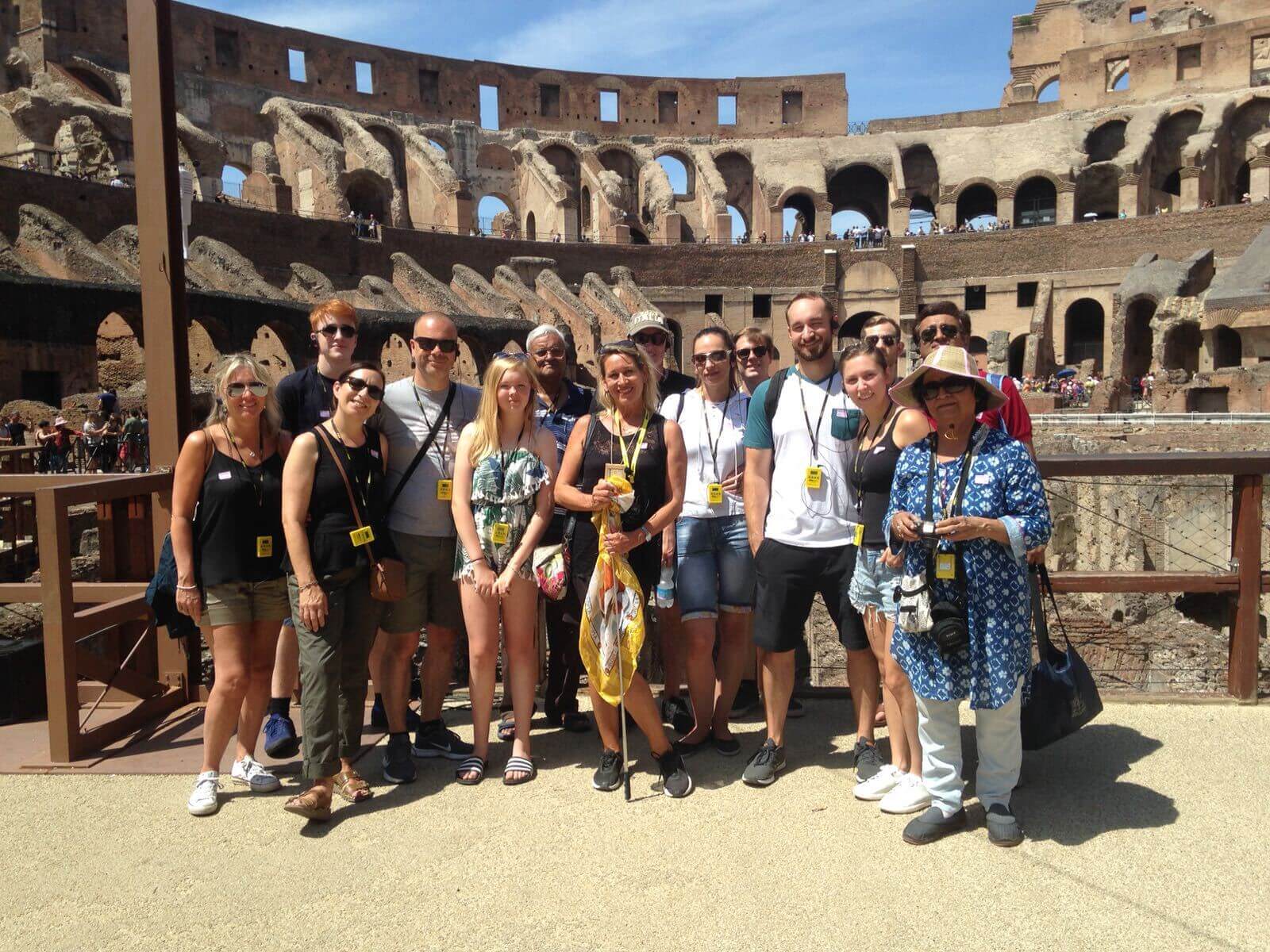 Leave a Review
Sam R.
Incredible tour worth the money for sure! Extremely knowledgeable and friendly tour guide. Knew the entire history of Rome and told us a great story of the...
Vicki M.
We had a very enjoyable tour of the colosseum, underground and Ancient Rome with Nic. It was very informative and well worth the money.
Kathryn H.
Amazing!!!! I've been back in my hotel room for 10 minutes and just had to write a review bc this tour was spectacular. We felt like we had VIP access to...
Lindsay Roberts
Our family thoroughly enjoyed our 3 days in Rome! Real Rome Tours helped us see so much of the city in the short time we were there. Gerard was amazing to work with as we planned everything- so helpful and great communication! Marle, Ferdinando, and Heidi were the best guides- they each had a wealth of knowledge to share and were fun and personable as well. The driver (I can’t remember his name) for our last excursion was also wonderful! So glad we found this company for our trip to Rome!
Dianne Babbitt
Gerard was extremely helpful from the moment I first inquired about the tours in Rome. Before traveling to Rome he guided me in choosing the best tours for my group of 8 people. The ages of those in our group ranged from 17-71 y/o, and all enjoyed the tours and loved our tour guides, Heidi and Max. We participated in 3 different tours, an evening walking tour of Rome, a tour of Ancient Rome, and a Vatican tour. Gerard was in contact with me throughout our time in Rome providing tremendous guidance along the way that exceeded all expectations! The tour guides were friendly, knowledgable, and extremely personable. They gave us wonderful insight into Rome, and also provided advice about other things outside of our tours. I highly recommend this tour company for anyone visiting Rome!
Joe Manco
We had a private tour of 7 with my family. Gerard was very helpful and in contact throughout the booking process - and customized an agenda that fit our travel schedule. Using Whatsapp - we were able to communicate right up to meeting our Guide - Heidi. She was great. We saw everything that was promised, plus more. She is full of Roman history and knowledge. It was the hottest day in May in Rome since 2003 - 92 degrees. We used the public watering fountains which helped. I did a lot of searching and researching of Rome tours - and would highly recommend Real Rome Tours. Bravo Heidi and Gerard!
Wray Mealings
We were two families who used Real Rome Tours for a day exploring the historical sites in Rome. Gerard was fantastic helping to work out what we actually wanted to do. He also went beyond the call of duty to help us sort things out that weren't part of the tour. Max was our tour guide and was excellent. His knowledge was unlimited and he pitched the level of detail perfectly - accommodating and inclusive. He was also a lot of fun. Highly recommend and will use when when we return.
Rob Dean
We had the trip of a lifetime to Rome and highly recommend this touring service to see the sights and history of the city. Professional, reliable, and very knowledgeable. Thank you for a wonderful experience!