A 2,300-year-old aqueduct uncovered by workers on Rome’s new Metro line has been hailed as “a sensational discovery of enormous importance” by the city’s Superintendency for Archaeology.

Archaeologists first stumbled across the impressive ruin at the end of 2016, though it was not publicly announced. Last week the team presented the results of analysis of the structure, along with that of other recent finds, at a conference hosted by Rome’s Sapienza university.
Simona Morretta, who led the team of archaeologists, said the 32-metre stretch was likely part of the Aqua Appia – the oldest known Roman aqueduct, which dates back to 312 BC.

It measures two metres tall, and is made up of equally-sized blocks arranged in five rows. As for location, it lies 17-18 metres below Rome’s Piazza Celimontana, slightly to the south-east of the Colosseum in the historical centre.

“It was thanks to the concrete bulkheads used for work on the metro that we could get down to that level,” explained Morretta.

“The opportunity to safely reach this depth allowed us to uncover and document an exception sequence of stratigraphy and structures from the Iron Age (tombs and grave objects from the tenth century BC) to the modern age (foundations of 19th-century housing”.

Because the structure was buried under intact layers of earth, the team was able to work out that after falling out of use as an aqueduct, Romans living in the first century BC used it as a sewer.

What’s more, close examination of the earth revealed the remains of food leftovers, offering an insight into what Romans used to eat, and the animals they kept as pets – from wild boars to swans, pheasants, and large seawater fish.

“For now, the work has been dismantled and partially relocated, and will be replaced in the future in a venue which has not yet been identified,” the Superintendency said.

The aqueduct has been partially dismantled and rebuilt, ready to be put on display to the public in an as yet undecided venue, since its current location is too far underground to allow for visitors.

Work on the capital’s Metro line C has been repeatedly delayed, both by lack of money and by workers coming across centuries-old ruins. 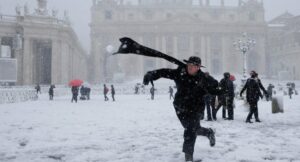 What To Do If You’ve Already Been To Rome Before 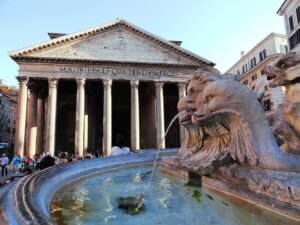 The 7 Best Piazzas in Rome

Menu
Cookies To make this site work properly, we sometimes place small data files called cookies on your device. Most big websites do this too.
Accept